Alexandra Burke is truly one of the UK’s most distinguishable powerhouse voices, impressively having sold over 5 million records in the UK and wracked-up over 150 million streams.

Alexandra’s three studio albums Overcome (2009), Heartbreak On Hold (2012) and The Truth Is (2018) have spawned smash hit singles across the last decade including #1 Bad Boys (Feat. Flo Rida), #4 All Night Long (Feat. Pitbull), #1 Start Without You (Feat. Laza Morgan), #3 Elephant (Feat. Erick Morillo) and #8 Broken Heels. Her debut single Hallelujah was a million-selling chart-topper, a first for a British female soloist, and was the best-selling single of 2008.

Alexandra has established herself as one of the UK’s most sought-after leading ladies in London’s West End. Her 2014 theatre debut was as Rachel Marron in the highly acclaimed musical, The Bodyguard before stepping into the lead role of Deloris van Cartier in Sister Act in 2016. It was a double-whammy in 2018 as Alexandra starred in Chess at the London Coliseum, followed by her favourite role to date as Roxie Hart in the West End production of Chicago. In 2019, Alexandra reprised her role as Rachel Marron in the worldwide touring production of The Bodyguard, finishing in Japan.

Alexandra first rose to fame twelve years ago, winning the fifth series of The X Factor in 2008 while duetting with her idol Beyonce. This iconic performance has been viewed over 35 million times on YouTube. Debut album Overcome, featured three #1 singles, spent a year on the UK Album chart, has sold-over 850,000 copies and earned three BRIT Award nominations.

Alexandra is proudly an official ambassador for Smart Works, The Commonwealth, Breast Cancer Care, WellChild, Diabetes UK and Notting Hill Carnival. It is important for Alexandra to give back to her community and causes close to her heart, she will always find time for charity amongst her work commitments.

In 2018, in the wake of her beloved mothers passing, Alexandra setup the The Melissa Bell Foundation in her mother’s honour to help disadvantage children gain access to music, dance and drama classes at the world- renowned Sylvia Young Theatre School in London. She also set-up The Fall Ball, a gala event aiming to raise funds for the foundation.

A firm favourite across both stage and screen, Alexandra reached the final of BBC One’s Strictly Come Dancing in 2017. She will take part in The Great Celebrity Bake Off for Stand Up To Cancer 2021 on Channel 4 in March. Alexandra will originate the role of Julianne Potter in the world premiere of My Best Friend’s Wedding touring across the UK and Ireland for eight months from September 2021. Alexandra is currently writing and recording her eagerly-awaited fourth studio album. 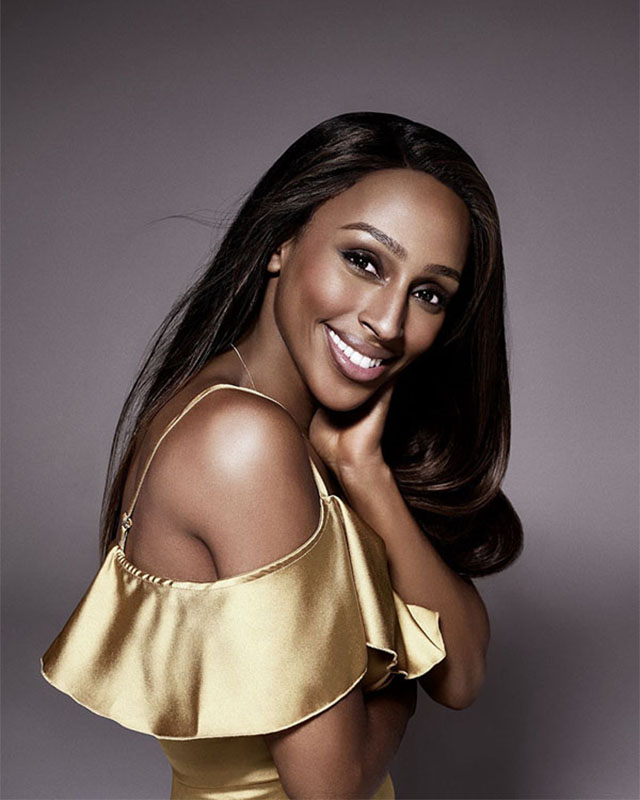