Dr Zoe Williams MBBS, DRCG and MRCGP is a practicing NHS GP and media medic with accolades such as being named on the Pulse Power 50 List as one of the country’s most influential GP’s. Outside of the surgery Zoe is a National Advisor for Public Health England and is a clinical advisor to the RCGP. She is a director and founding member of the British Society of Lifestyle Medicine.

The first TV experience for Zoe was being selected, out of thousands, to be Sky 1’s undefeated Gladiator ‘Amazon’ when the TV show ‘Gladiators’ was rebooted in 2009 and since then her broadcast career has seen become a household favourite as one of the country’s most trusted doctors.

Zoe is currently one of the resident GP’s on ITV’s popular daytime show This Morning in addition to presenting for the BBC’s ‘The One Show’, ‘Horizon’ and ‘Trust Me I’m a Doctor’. Her strength lies in sharing knowledge with the viewing public, specialising in debunking the confusing world of medicine, in a warm, down to earth and straightforward manner.

In 2017, Zoe founded the non-profit organisation Fit4LifeCIC, which aims to have a positive and long term impact on young people who have the most challenging lives. The organisation helps these youngsters to create their own physical activity programmes to improve not only their health, but also their wellbeing and at the same time boosting and enhancing their life aspirations. This year saw Dr Zoe join the expedition team offering her medical advice to the team as they trekked 100 miles across the Namib desert for BBC One’s The Heat Is On: Sport Relief Challenge.

She is also one quarter of the hugely popular podcast Steths, Drugs and Rock N’ Roll.

Her writing credits include regular contributing to both Fabulous and Marie Claire.

Dr Zoe has worked with a number of brands in the health, beauty and lifestyle space including the likes of Garmin, Nanu Sleep, Ovo and Superdrug. She recently joined forces with Estee Lauder as one of the faces of their Breast Cancer Campaign, leading the country in a nationwide online self-check alongside an inspiring line-up of guests and supporters. In addition to various brand ambassador roles, as one of the country’s most valued professionals in physical activity and health, Zoe’s expertise has led her to also work in an advisory capacity across a number of campaigns including MOJU Drinks and Adidas amongst them, offering her unparalleled knowledge and services as a resource for insight in health and wellbeing.

This year will see Zoe take to the ice as she appears on ITV1’s  Emmy award-winning and BAFTA-nominated programme The Real Full Monty. However, this year the male and female celebrities will take to the ice revealing all to the nation in two 90-minute specials. 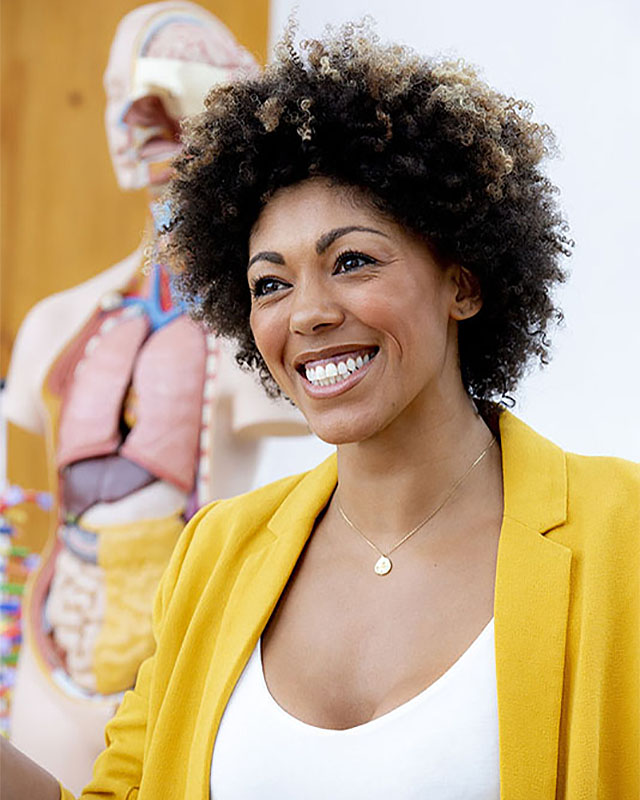