Tillie Amartey has amassed an impressive CV in a short time, working on shows for Sky, CBBC and Channel 5.

Currently she is a presenter on CBBC’s brand new show Love! Love! Love!, celebrating everything that’s trending across music, pop and celebrity culture. Tillie’s acting career has also seen her play a range of varied roles such as “Chloe” on CBBC’s popular show Almost Never, “Izzy” on Channel 5’s four-part drama The Teacher alongside Sheridan Smith, and her most intense performance to date: “Marnie” in Jimmy McGovern’s Moving On.

Known for her versatility and ability to inhabit roles in both comedy and serious drama, she was also handpicked by David Walliams for her debut film role in his TV adaptation of Ratburger. Her break-out performance as troublesome Tina Trott in the adaptation won her plaudits from critics and industry peers alike.

She has also appeared on BBC’s Doctors and CBBC’s Creeped Out, which is now available on Netflix.

Acting aside, Tillie is also known for her flair for presenting and has fronted shows on both CITV and CBBC.

Recently, the BBC commissioned a new twelve-part documentary for Tillie which saw her giving kids an insight into the workings of the music industry. She was given the chance to interview well-known names such as Liam Payne, Dermot O’Leary, Craig David and other industry leaders.

Tillie’s hard-working spirit has yielded a favourable impact on her young life so far and she is a champion of fighting for what you believe in with heart, integrity and commitment. She wants to continue to inspire her generation to be good people; to be kind; to be genuine and to give back where you can. 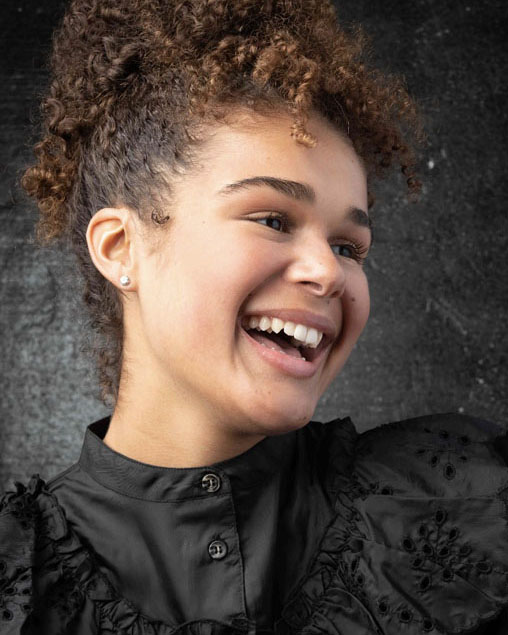